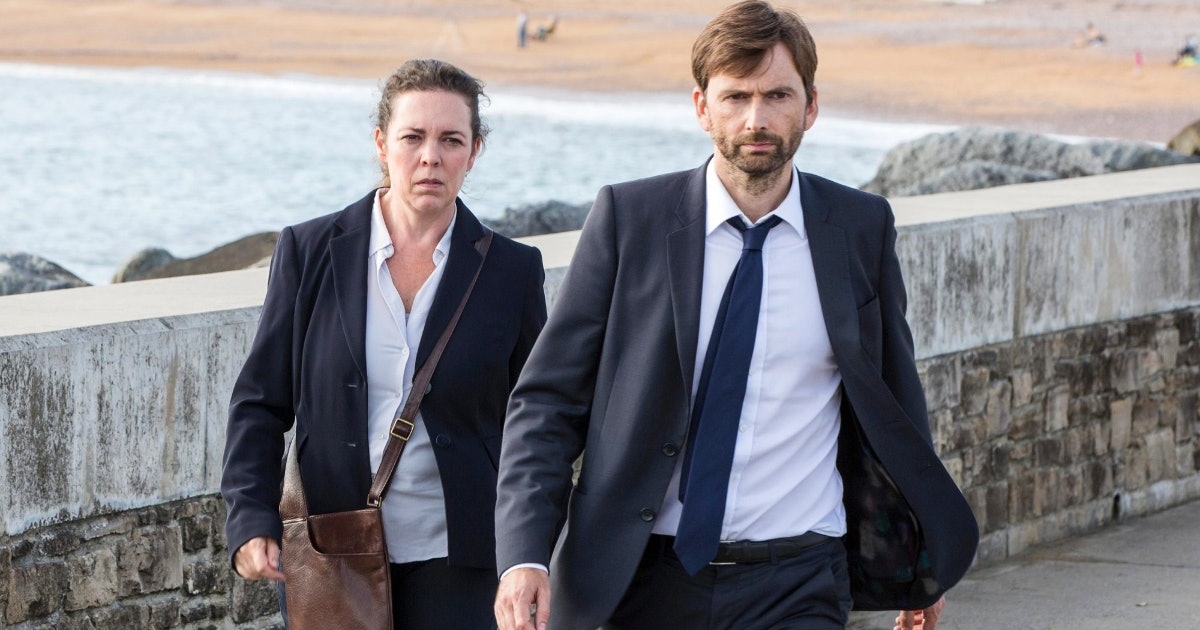 Are you into British crime dramas? Then, you’ve probably watched (not to mention thoroughly enjoyed) the series Broadchurch. And you probably also know that shows like Broadchurch don’t come around every day. As with many crime dramas, the show is about the murder of a boy who lived in a small town — an event that, expectedly, threatened to change his entire community. The show, which aired between 2013 and 2017, is named for the town where the aforementioned boy, Daniel Latimer, lived. The drama intensifies when neighbors (and even family members) start to turn on each other as secrets continue to surface. It’s quite realistic in that one tragic event can reveal the cracks in any community. As a parent, it’s a heartwrenching reminder to hold your kids close and do everything in your power to make them feel safe, loved, and protected.

While the scripts for the first season were written back in 2011, the idea for the show actually came about back in 2003. In total, there were three series of the show, with each containing eight episodes. Supposedly, the first season wrapped up in a way that didn’t upset viewers had it not been renewed. But when seasons two and three got the greenlight, creator Chris Chibnall had a great idea of where he wanted to take Broadchurch from there. And he did so in an achingly beautiful, haunting way. Plus, it doesn’t hurt that the series starred David Tennant, Olivia Colman, and Jodie Whittaker.

Shows like Broadchurch vary, but there are a few great titles you can binge-watch next. Here are some you might want to check out.

The Killing, which came out in 2011, is a Netflix original. The show was given 44 episodes and had quite an impressive fanbase. This one’s a lot like Broadchurch since it also centers itself around a murder of a young person. In the show, they’re looking for answers as to who killed 17-year-old Rosie Larsen, whose body was found in the trunk of a submerged car. The series was nominated for six primetime Emmys.

You might have already heard of Luther, as it had quite a long run. The show, which stars Idris Elba in the title role, lasted until 2019. Playing John Luther, Idris acts the role of a murder detective. It’s best known as being a British crime drama, making it quite similar to shows like Broadchurch. And, don’t worry about it taking up too much time — despite airing for so many years, there are only 20 episodes total.

According to its promos, The Tunnel was created by the makers of Broadchurch — so, if you’re looking for shows like Broadchurch, it doesn’t get closer than that. The Tunnel is a British-French crime drama based on an original work called The Bridge (or Bron/Broen). The series is about two detectives who work together to try and find a serial killer. The dead body that spawns the search was half of one human and half of another, just so you know what you’re getting into.

Gracepoint aired in 2014 as a television mini-series. In total, it runs for 10 episodes. And, it was created… to be an Americanized version of Broadchurch. Both even star David Tennant. But, different adaptations always bring their own charm and are worth checking out. Just think about how The Office differentiated so much from the original version from the U.K.

Shetland is a Scottish television program that falls in the crime-drama category. Currently, it’s run for six series, with the series six airing in 2021. That said, like many shows made internationally, some series are quite short — the first consists of just two episodes. The main character is Douglas Henshall, a detective inspector for the Shetland police. But the show has an extensive cast that has wowed television crime buffs.

Is there anything Gillian Anderson can’t do? In this limited series, the X-Files alum stars as Metropolitan Police Superintendent Stella Gibson. She’s in charge of trying to find a serial killer who’s been targeting young, professional women. The series was both filmed in and based around Northern Ireland, making it another tremendous international series. Here’s a fun fact about The Fall: Fiona Apple’s recent album Fetch the Bolt Cutters was named based on a line said in this series during its second season finale.

If you loved Gone Girl, Sharp Objects is going to be your new obsession. Not only is it based on a book written by the same writer, Gillian Flynn, but it has a powerhouse female cast and a mysterious storyline. The story follows a reporter, played by Amy Adams. After two girls go missing, Adams uses her own dark past to find them.

The Price family may seem perfect on the outside, but when a strange woman approaches Adam Price with a secret about his wife, his life is turned upside down. Everything begins to go downhill, and soon, it’s not just his family’s secrets on the streets. Adam embarks on a journey to discover the truth about the people he loves. This British thriller is mysterious and bingeworthy.

Sign up for Scary Mommy’s daily newsletter for more stories from the trenches.

This article was originally published on 1.25.2022