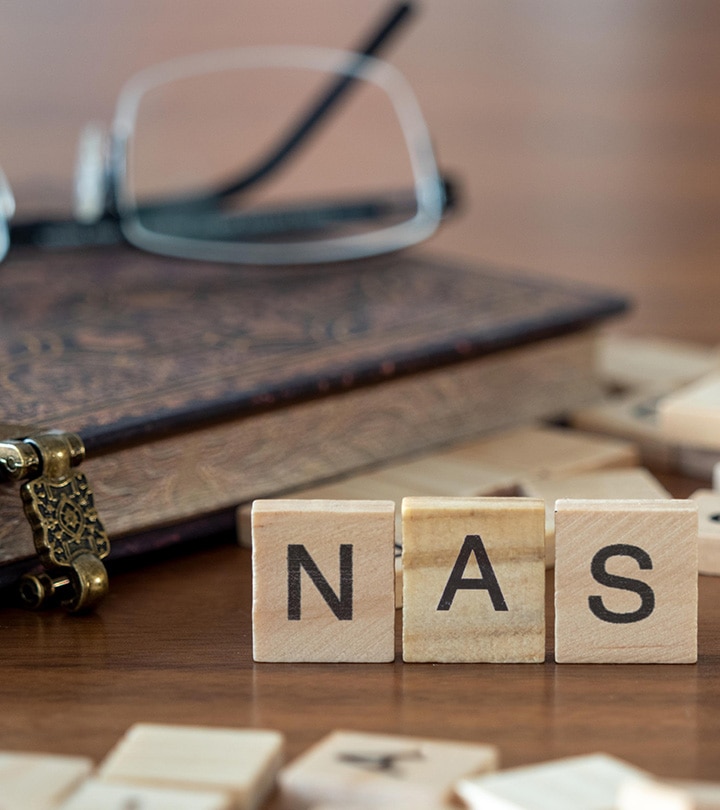 Neonatal abstinence syndrome usually develops after the baby is born since they do not receive the drug from the mother anymore. As a result, the babies may go through certain withdrawal symptoms and discomfort during this period until the drug has completely passed out of their bodies.

NAS is most often caused due to the intake of certain narcotic drugs such as opioids. However, in some cases, NAS could also occur due to medications, such as antidepressants, barbiturates, or benzodiazepines (present in sleeping pills) (3).

The signs and symptoms of NAS may vary based on the following factors (5).

Premature babies may show less severe withdrawal symptoms as they were exposed to lesser concentrations of the drugs during pregnancy than full-term babies.

The symptoms of NAS in full-term babies may include (6) (7):

The signs of neonatal abstinence syndrome can vary from one baby to another. For example, some babies may start showing symptoms right after birth, while others may show it 72 hours to a few days later. Therefore, be alert to the symptoms of the syndrome in your baby for a month if you consumed NAS-causing substances during pregnancy. Take your baby to a doctor right away if you suspect they could be showing signs of neonatal abstinence syndrome.

A detailed analysis of the mother’s drug intake and usage history is important for the doctor and healthcare provider to start treating babies with neonatal abstinence syndrome. In addition, a neonatal abstinence scoring system may be used to help diagnose the severity of the withdrawal (8).

The scoring system lets the doctor assign points for certain signs and symptoms, helping determine their severity. Knowing the severity of the signs also helps in planning the treatment procedures for the baby.

The treatment for neonatal abstinence syndrome usually depends on the baby’s age, the symptoms shown by them, and the severity of the disease. Non-pharmacological measures usually treat babies with opioid-dependent syndrome or NAS unless no significant improvement is observed. Then, pharmacological treatment is required (2).

Non-pharmacological treatment measures refer to the procedures where no medicines are administered to the baby.

If the baby is not showing positive signs of development to the non-pharmacological methods, the doctors might consider medication-assisted treatment.

The dosage of any medication could be changed based on the baby’s response to it. Babies who display improvement could have their dosage reduced gradually until it is stopped entirely once the baby has recovered (5).

Fetal exposure to drugs or narcotics may also lead to the following complications in newborns.

The only way to prevent neonatal abstinence syndrome is to avoid narcotics, alcohol, nicotine, and other potentially harmful compounds from the preconception phase. If you are on any medication, such as antidepressants, speak to your doctor, who may suggest alternatives.

Several vital body parts develop during the first trimester, making it essential to quit and stay clean right before you conceive (4). If you have trouble quitting addictive substances, you may speak to a counselor or visit your local deaddiction center to find appropriate solutions.

According to research, the chances of mortality in babies exposed to drugs before birth were suggested to be 1% (9).

It is difficult to know for how long the symptoms of NAS will last after birth. The length of the withdrawal after birth usually depends on the type of medicines and the treatment being provided. It might take the babies a few days to a few months to recover from it.

Neonatal abstinence syndrome happens to babies when exposed to addictive drugs and compounds during the fetal stage. Despite its potential to cause problems, neonatal abstinence syndrome can be easily prevented by avoiding potentially harmful and addictive substances in pregnancy. If you have trouble quitting a substance, speak to a doctor or counselor so that you can avoid any risk of the syndrome right from the preconception phase.

Sanjana did her post graduation in Applied Microbiology from Vellore Institute of Technology, India. Her interest in science and health, combined with her passion to write made her convert from a scientist to a writer. She believes her role at MomJunction combines the best of both worlds as she writes health-based content based on scientific evidence. Sanjana is trained in classical… more