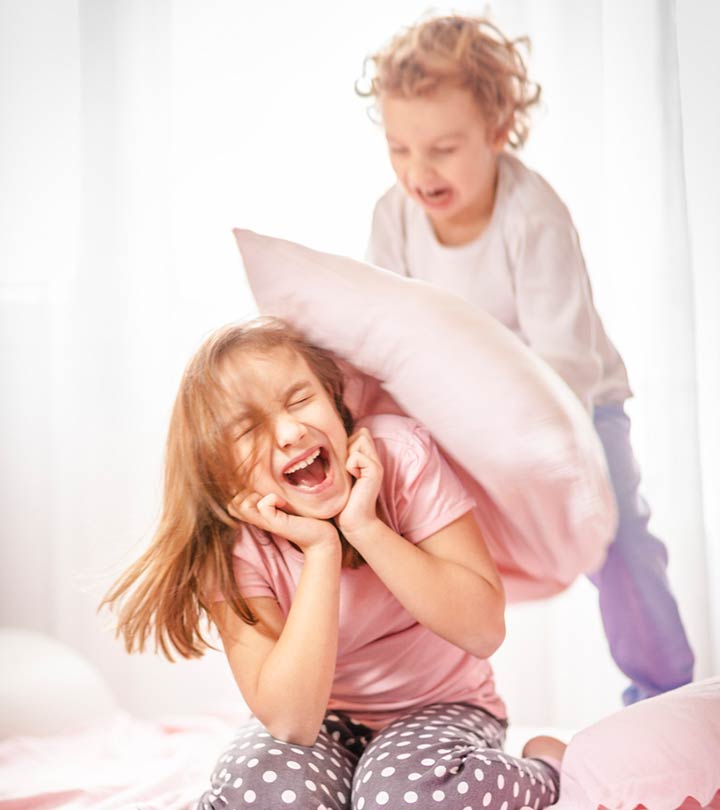 Children, especially the younger group, engage in hitting, kicking, or biting their parents and peers. This common behavior is found in various stages and continues even though you discipline your child. Pediatric psychologists recommend keeping calm and understanding it as a poor way for young children to communicate their feelings. However, there can be several other reasons for this behavior in a child.

Read this article to know why children hit and how to stop a child from hitting.

Why Do Children Hit?

Children might show acts of physical aggression  to communicate their feelings. This could also be a part of their general development. Some reasons why children might bite include the following:

Sometimes, unfavorable events during childhood can cause a mental scar, leading to aggression and violent behavior. They include (4):

How To Stop A Child From Hitting?

Here are some behavioral management strategies that could be helpful to stop a child from hitting:

Young children express and communicate their emotions through physical aggressions since they fail to share their emotions or understand that hitting someone is bad. Childhood trauma, being a victim of bullying or abuse, exposure to violence, neurological disorders, etc., can also cause aggressive behaviors. Strategies such as enforcing rules, encouraging positive behaviors through rewards, and getting professional help could stop a child from hitting someone.

Reshmi Das has over three years of experience as a clinical coordinator, medical content writer and medical conference coordinator. Her continuous interest in medical journals and writing makes her write well-researched articles for MomJunction. She writes health and wellness articles for children and pregnant and lactating women. Reshmi has completed her Master’s degree in Biotechnology. She is currently pursuing an Executive… more