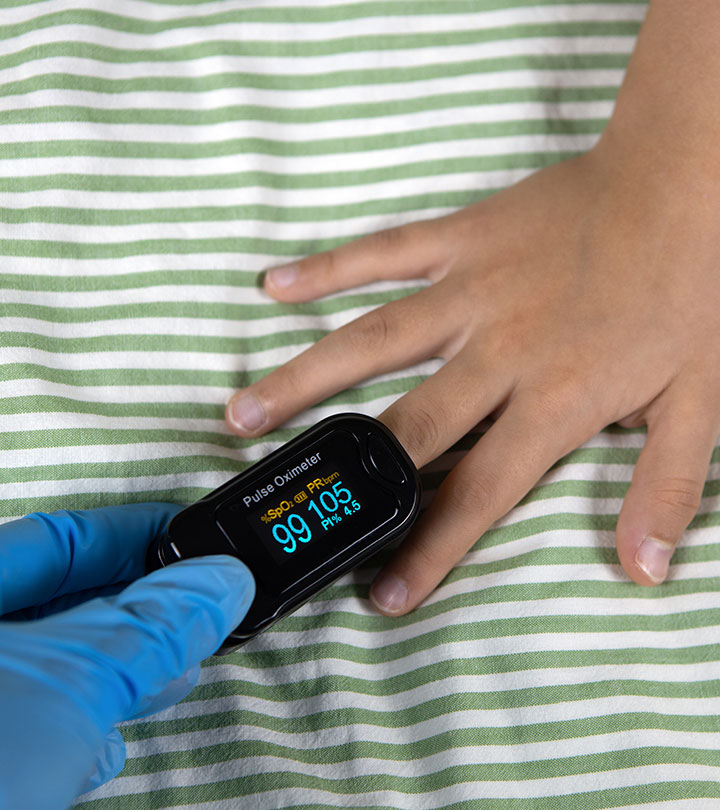 A respiratory rate is defined as the number of breaths taken per minute. It varies according to the age and medical condition of a person. In addition, many factors, such as blood pressure, physical activity, body electrolyte level, and body temperature, alter the respiratory rate (1).

The table illustrates the normal ranges of the respiratory rate of children (2).

Source: The University of Iowa and Stead Family Children’s Hospital

Measuring the respiratory rate in children is an easy task as it can be done using observational cues. The rise in the chest indicates inhalation, while a fall signifies exhalation. Therefore, you would measure one rise and one fall of the chest as one complete respiratory cycle. Here are the steps to follow (3).

Do not conduct the test after any strenuous activity to avoid any discrepancies in the count. Similarly, do not let your child know that they’re under observation as they may consciously alter their breath in such observational or clinical settings. Alternatively, you may use a respiratory sensor to avoid any mistakes.

Irregular breathing is when a child’s breathing rate is higher or lower than the acceptable ranges for their age. The reasons may include the following (4) (5).

When To See A Doctor

These medical conditions are an emergency and indicate a severe respiratory problem, and require immediate medical intervention.

The measurement of the rate of breathing doesn’t need any advanced tools, and you could check if your child is uncomfortable or faces any breathing issues at home easily. The respiratory rate for children varies as they age. Nevertheless, it is important to know their breaths per minute as this sign is as crucial as heart rate or blood pressure.

Sindusha is a clinical nutritionist with over two years of experience in diverse fields of nutrition. She did her Masters in Food Science and Nutrition and has qualified UGC-NET. She interned as a quality control analyst and as a dietitian during her graduation. She was a part of several community nutrition projects and a phytochemical-based nutrition study during the same… more