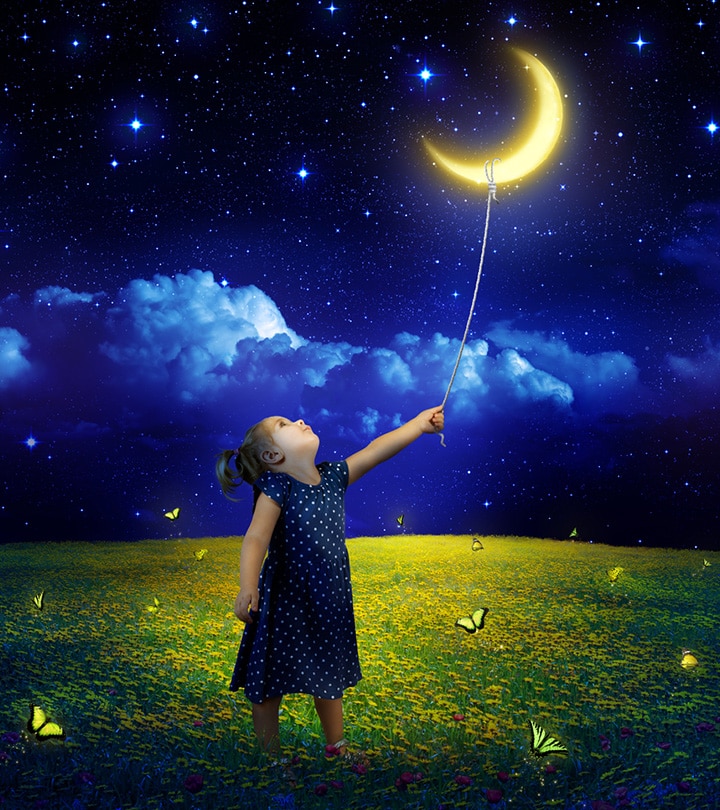 Hallucinations are sensory experiences without actual stimuli where children see, hear, taste, smell, or feel things that are not present. In most children, hallucinations may be a part of their normal development and resolve without complications. However, some may experience them due to psychiatric disorders, such as schizophrenia and bipolar disorder, or non-psychiatric problems, such as high fever.

These sensations may or may not be pleasant but often interfere with a child’s normal functioning. Although most cases of hallucinations are transient, seeking medical attention is recommended.

Read this post to learn about the prevalence, types, causes, and treatment of hallucinations in children.

Recent data shows that hallucinatory experiences are common in children but more so in adults (1). A study published by the Cambridge University Press (2018) stated about an increased prevalence rate of around 13–17% among children between ages nine and 12and a decrease to5–7.5% in adolescence (13 to 18 years)(2).

In clinical practice, hallucinations are rare in children younger than seven years of age. However, it may be undetected because of the inability to communicate their feelings due to limited cognitive development.

What Are The Types Of Hallucinations In Children?

Sensory hallucinations can be of different types, and some children may experience more than one type of hallucination.

Some types of hallucinations are as follows (2)(3):

Auditory and visual hallucinations are more common in children, though the type of hallucination experienced may depend on the brain area involved. All hallucinations, even ones that do not cause bad sensations, require medical attention to evaluate and treat the underlying cause.

What Are The Causes Of Hallucinations In Children?

Children may have hallucinations as a normal part of their development, which often resolve quickly. However, it can be uncomfortable for many children.

Some of the identifiable causes of hallucinations in children are (3)(5).

Seek pediatric care if your child has hallucinations since they can cause nervousness and fear. Treating medical conditions and providing emotional support and encouragement may help manage some hallucinations in children.

What Are The Treatments For Hallucinations In Children?

Psychiatric disorders and some conditions causing hallucinations require medical treatment. Most children receive longer-term prescriptions to treat the psychiatric causes of hallucinations. The treatment may begin with specialized therapies and progress to antipsychotics if required.

The treatments for childhood hallucinations may include (2)(6).

In addition to this, providing early treatment for fever and other illnesses in children and ensuring adequate sleep and rest can also help avoid or manage hallucinations.

Dr. Bisny T. Joseph is a Georgian Board-certified physician. She has completed her professional graduate degree as a medical doctor from Tbilisi State Medical University, Georgia. She has 3+ years of experience in various sectors of medical affairs as a physician, medical reviewer, medical writer, health coach, and Q&A expert. Her interest in digital medical education and patient education made… more