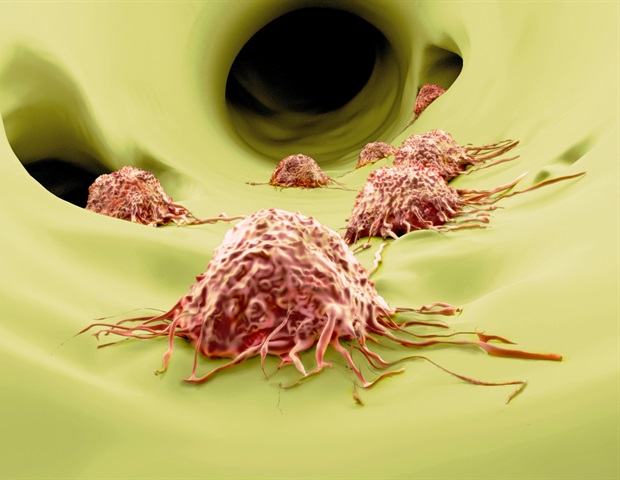 Fatty acid uptake produces an epigenetic modification that is required for cancer metastasis, according to a study published in Nature.

Inhibiting this epigenetic mechanism — the activity of a methyltransferase called Set1A, a major component of the COMPASS complex — could be key to reducing cancer metastasis according to Ali Shilatifard, PhD, the Robert Francis Furchgott Professor, chair of Biochemistry and Molecular Genetics, and co-corresponding author of the study.

“Regulating metastasis is the final frontier for cancer therapy,” said Shilatifard, who is also a professor of Pediatrics, director of the Simpson Querrey Institute for Epigenetics and a member of the Robert H. Lurie Comprehensive Cancer Center of Northwestern University. “If we inhibit Set1A/COMPASS, we might be able to prevent metastasis after treatments such as resection surgery or chemotherapy.”

Metastatic growth of cancer is difficult to control and is responsible for much of the disease and death caused by cancer. Previous studies have shown that high-fat diets and obesity are associated with cancer aggressiveness and metastasis, and some preclinical work has shown fatty acids are central to this phenomenon, but specific epigenetic mechanisms hadn’t been identified.

In the current study — a collaboration between Shilatifard’s laboratory and that of Salvador Benitah, PhD, professor at the Institute for Research in Biomedicine in Barcelona and senior author of the study — investigators fed high-fat diets to a series of mice with carcinomas and melanomas, inducing metastasis.

They found that one specific compound, dietary palmitic acid, encourages metastasis by stimulating intratumor Schwann cells. These cells are involved in the very beginnings of metastasis, aiding cancer cells in their journey outside of the primary tumor to secondary sites elsewhere in the body.

Stimulation of Schwann cells requires Set1A/COMPASS: Mice without Set1A had significantly reduced metastasis, according to the study. This points to a crucial role for transcriptional regulators of the process, Shilatifard said.

We think the target of Set1A/COMPASS is what turns genes on that promote cancer metastasis.”

Now, members of the Shilatifard laboratory including Yoh-hei Takahashi, PhD, research assistant professor of Biochemistry and Molecular Genetics, are developing inhibitors of Set1A/COMPASS. These inhibitors could be central for the control and treatment of metastasis, Shilatifard said.

“Our team will lead the way in finding how specific inhibition of Set1A/COMPASS can be used in control and treatment of metastasis,” Shilatifard said. “What we are working on at the Simpson Querrey Institute for Epigenetics regarding the identification of inhibitors of epigenetic factors has tremendous clinical potential.”