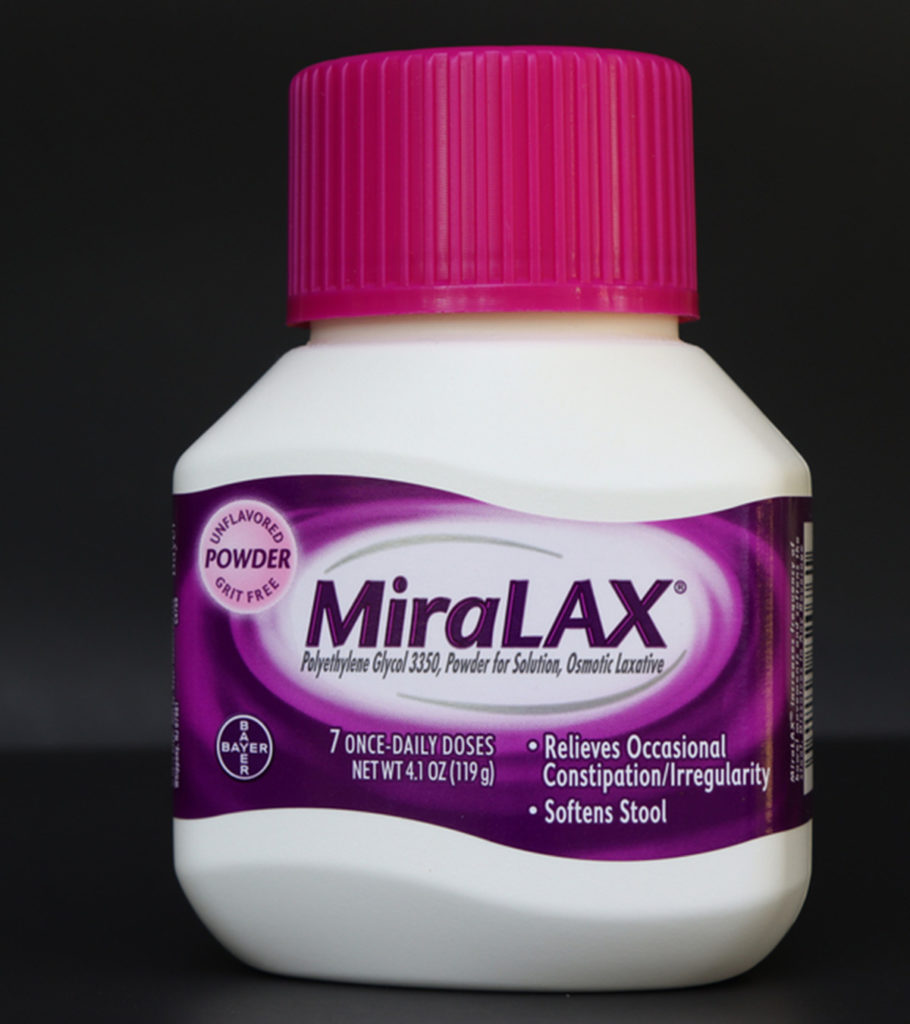 Miralax is an over-the-counter osmotic laxative used for treating constipation. It is the trade name of the medicine that contains the water-soluble drug polyethylene glycol 3350 (PEG 3350). PEG 3350 helps hold more water in the bowel, thus making the stool softer and easier to pass (1)(2).

MiraLax, GlycoLax, Lax-A-Day, and RestoraLAX are some other brand names of PEG 3350. Miralax is currently permitted for use in adults by the US Food and Drug Administration (FDA) (2).

Is Miralax safe for children? Read this post to know about the uses, dosage, side effects, and alternatives to Miralax for children.

Miralax is a colorless, tasteless, and odorless powder mixed with four to eight ounces of liquid and consumed to help with bowel movement (3). The stool softener helps in supplying the required amount of water to the colon. The water makes the stool softer, thereby making it easier to leave the body. When consumed in the correct dosage, it helps in relieving constipation (2).

Is Miralax Safe For Children?

The safety of Miralax is a topic of much debate amongst parents and doctors due to reports of some neurologic or behavioral symptoms in children.

The FDA has not approved its use in children due to a lack of clinical trials to evaluate its metabolism and safety when consumed for a prolonged period (4).

However, several randomized controlled trials have shown PPE 3350 to be effective and safe for treating constipation in children (2).

Although Miralax is available over-the-counter, it is recommended that you use it only under a pediatrician’s guidance.

Dosage Of Miralax For Children

Do not administer Miralax to your child without a doctor’s consent. The doctor will prescribe the appropriate dosage for your child depending on their age, weight, the severity of constipation, etc.

Seattle Children’s Hospital recommends the below dosages for children (5).

Side Effects Of Miralax In Children

Miralax may cause some abdominal side effects such as (2)

Does Miralax Have Behavioral Effects On Children?

PEG 3350 is a large compound that usually does not get absorbed by the intestines. However, concerns exist over the formation of compounds such as ethylene glycol or diethylene glycol when it breaks down in the body.

Research is being done to see if these smaller compounds accumulate in the body and cause any adverse effects on prolonged use, as some parents have reported neurologic or behavioral symptoms in children after the usage of Miralax.

The FDA has received reports of the following symptoms in children who used Miralax (6).

The FDA is looking for more evidence to establish if Miralax is responsible for these symptoms as current pieces of evidence are inconclusive (2).

Alternatives To Miralax For Children

There are several other drugs to manage constipation in children. Your pediatrician may provide you with an option from one of the following (7).

Note: Do not use any of these medicines without a pediatrician’s consent.

In addition to the medicines, you may try some age-old successful techniques for bowel clearance, such as

Miralax is prescribed by many doctors as a treatment for constipation in children. There have been some concerns about its effectiveness in recent times, but neither has the FDA approved its use in children nor has it banned the drug. Your pediatrician will evaluate the situation and weigh the benefits over the supposed risks and prescribe it for the child.