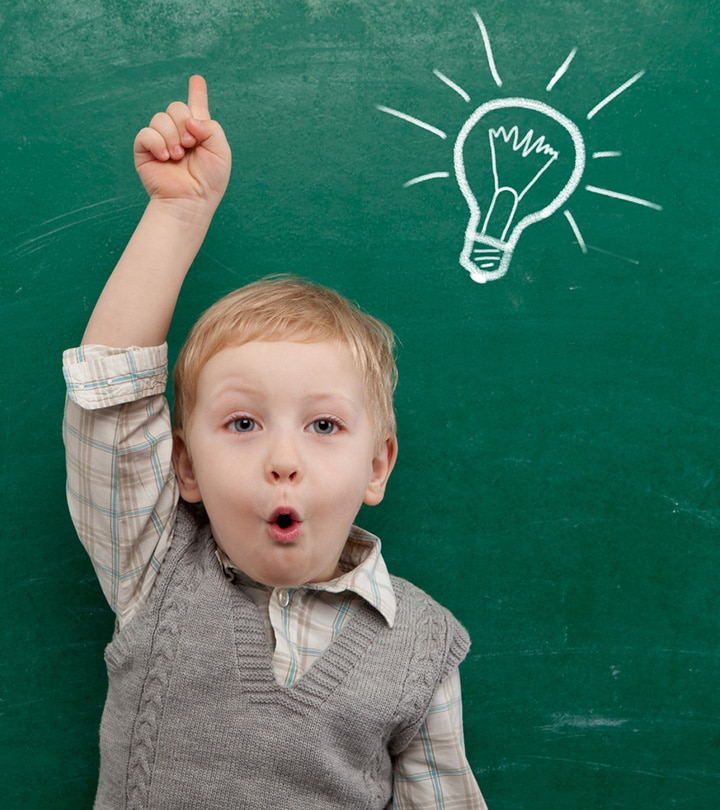 Education and knowledge are much more than just learning how to read and write. It is about building an opinion, gaining resourceful information, and implementing it in everyday life. The process of learning involves registering relevant information, organizing it with cognition, and adding it to the existing knowledge activated through long-term memory (1).

The study of educational psychology has brought in certain changes for preschoolers. The new approach improves the classroom teaching experience and is more child-centric, where the curriculum is designed according to the child’s age. It suggests activities and subjects must be offered that conform with the student’s needs. Preschool learning activities encourage a child’s overall development and are attempted by thousands of teachers around the globe. These activities involving educational growth play a key role in developing their character, thinking pattern, learning, and also shape them into better individuals (2).

Here are some interesting preschool educational activities that can be organized by preschool teachers to improve a child’s learning and development (3):

For this activity, you need paper, tape, and ping-pong balls. It is followed by taping letters on the wall, and when you call out the sound of each letter, the child is supposed to guess the letter and throw the ball at the correct letter. This game also promotes a child’s coordination ability.

A washable ink pad, papers, and marker are all you need for this activity. You can begin this activity by writing large letters on each paper. Now, instruct the child to dip their finger in paint and fingerprint all the letters. This activity makes it fun to learn and remember the shapes of every letter.

Stack up a deck of cards, duct tape, and a spare wall. Tape numbers on the wall and make the preschooler slap the same numbered card on it. This enables faster recognition of numbers.

Use a paper to trace a grid on it. Now, place a number inside each of the grids. Next, hand over some number stickers to the preschooler and ask them to move them in the box, matching the number.

Outdoor activities are quite fun and adventurous for the little ones. This activity needs the preschoolers to collect about 26 rocks. Next, write the uppercase letter on one side of this rock and the same letter in lowercase on the other. Now show the child some pictures or words on index cards. Ask the children to now recreate the word by rearranging the rocks with letters.

7. Triple-tracing letters of a name

Name writing couldn’t get any more fun. First, use a highlighter to write the name of the child on a piece of paper. Now, instruct them to trace along with the highlighter using a pencil and glue. Tell them to take yarn and stick it along the glue now. The triple reinforcement method will make the child learn the letters of their names and have some fun crafty time.

Collect paint sticks that have directions and pictures with free printouts. Make these into phonological awareness tools for pre-schoolers.

Use bingo cards to draw 16 letters on each. Cut small squares of paper to write corresponding letters. Now pile up these squares for the caller to pull out from.

Get some tinfoil. Use whipped cream to draw letters on it. Let the children use other decorative items such as sprinkles and chocolate chips. This activity promotes engagement of all five senses during children’s playtime.

Scrabble is an ideal literacy play tool. Arrange letters to form rhyming words with children. If kids would like just to read letters and not form words, that is also okay because it helps register the shapes in their long-term memory.

This is the simplest activity to arrange. All you need are some popsicle sticks, markers, and cups. Use each stick to write a letter, and on six additional sticks, write the word “kaboom.” Place all the sticks in a bucket or cup with the letters facing down. Now ask the child to pull out one letter at a time and tell them to make the letter’s sound or read it. If they pull out the kaboom stick, they have to start all over again.

In this game, the child plays an archeologist to practice letter recognition. Drop some magnetic letters onto a cookie sheet. Cover these letters with flour and ask the child to trace them with a brush at every “site” they visit.

For this activity, you would need notecards, white wax crayons, paints, and brushes. Write letters on the notecards with the crayons. Give the children paints and brushes and let them paint over the cards. They will now be able to see a letter in the middle of the page, and that’s all the magic this game has to offer. Ask them which letter it is and the phonic sound it makes.

A beach ball and a sharpie are all you need. Write all 26 letters on the beach ball. Now, begin the game. Ask the child to throw this ball in the air and identify the letter they face catching it.

Give the children their tray of salt and let them write letters and numbers using the tip of a feather. This activity promotes motor skills, and since it’s a practice disguised as playtime, children may enjoy this learning experience.

Stick a picture of the crocodile’s face on a bin filled with letters. Instruct children to pass the bin around, and when the parcel stops, the child holding the bin has to take out a letter. The child then has to identify the letter and make its sound.

18. Children’s book in a bottle

Read a story to the children while they pass around the bottle. This keeps the children stay calm and focussed, which results in drawing attention to the story.

Revamp this classic game by writing a handful of letters repeated in random patterns. Then, let the children connect the dots by connecting each letter to the same letter, presenting a pattern.

Write a letter on paper plates. Now tape each plate to a pillow and display them around in a room. Now instruct the children to jump on each pillow without falling on the floor and say the letters out aloud. If they fall off the pillow, they have to restart.

Use a marker and write letters on a circle sticker. Give the child a sticker sheet now and tell them to identify the letter, peel it off, and stick it on another piece of paper, forming a rainbow pattern.

Write a letter on plastic cups. Then, line them out, give the child a small soccer ball, and tell them to kick it towards the cups, and ask them to say the letter written on the cup that has fallen.

Use an alphabet stencil that has letters written in upper and lowercase. Instruct the children to trace out these letters using colored pencils.

Collect some blocks and use a sketch pen to write a letter on each block. Then, shuffle the letters and ask the child to rearrange them in alphabetical order.

Spread an array of plastic objects such as animals, balls, and more toys that are easy to recognize by touching them. Then, blindfold the child and tell them to touch the object and guess what it is.

Acquaint the children with different types of objects. Instruct them to tell a letter in a sentence, and they have to find and touch the object that begins with the same letter. For example, if you say, “Simon says touch an object with the letter B,” they have to find a bag, boots, books, etc.

Learning the alphabet through the traditional classroom method is passe. But, when children are given the freedom to explore and have fun while learning, they register it better. So, try these preschool learning activities for toddlers that help improve their sensory, motor skills and have oodles of fun along the way.

Manjari Srivastava is a graduate of psychology. She also holds certificates in Basics In Clinical Psychology and Identifying Early Signs Of Psychosis In Adolescents And Young Adults.  Previously, she volunteered with an NGO specializing in positive psychology, where she took up individual counseling sessions for students. She also taught English to underprivileged children and helped them with their studies. At MomJunction,… more